How is it our last full day? I’m not ready for this 😭 I know it says day 22 but having spent at least 10 days feeling horrendous it feels like no time at all.

Woke up about 8am and listened to Simon snore for a while till I’d had enough and turned the lights on and started sorting stuff out. He got up about 9:30. It was Art Smith’s brunch today and we were aiming to leave at 10am (which of course meant we left at 10:10 – I’m still taking that as a win though for Watson time).

It was another brisk morning. But at least the sunshine was out today to warm us up!

We arrived just on time and saw the girls walking up from the other direction. We checked in and then of course had to get a picture. 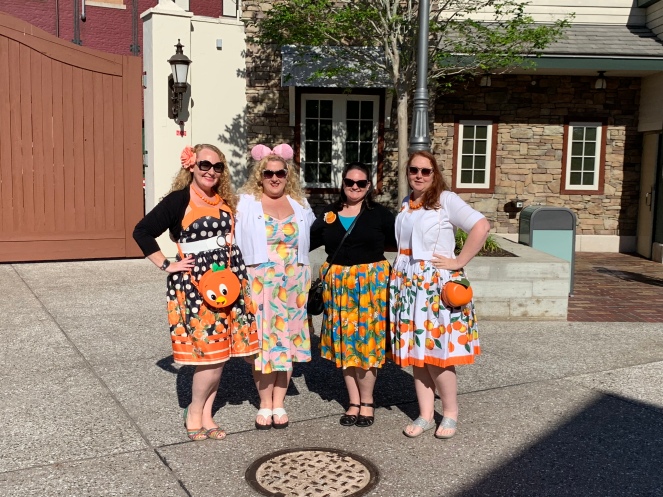 We were taken straight in. There were a few things I fancied on the menu but decided to go for the hush puppies topped with chicken and pimento hollandaise. Simon went for the short-rib hash.

So the bad side, the food all arrived cold. Nicole was the only one to get hot food. Simon’s poached eggs were completely over cooked and mine weren’t runny – they clearly cook them and stick them into iced water and then dunk them in hot water just before serving. Not really what I expected given a few things on the menu had them on, you would think they would just be cooking them fresh. Simon got his redone as it was cold, I wasn’t bothered as my chicken was warm (it was just the rest that was cold).

So all that said, it was actually really, really good. The food tasted amazing. We all said how nice the food was and we would go back despite the issues. The manager also took 30% off the bill for us as an apology which was really nice of him.

After we went for a little walk around the co-op, I tried again to grab some pumpkin ghirardelli but still none 🤦🏼‍♀️ but Liz to the rescue said she’s going to try Target and keep them till next time I’m over. (They aren’t actually for me but for my lovely friend Charlotte). 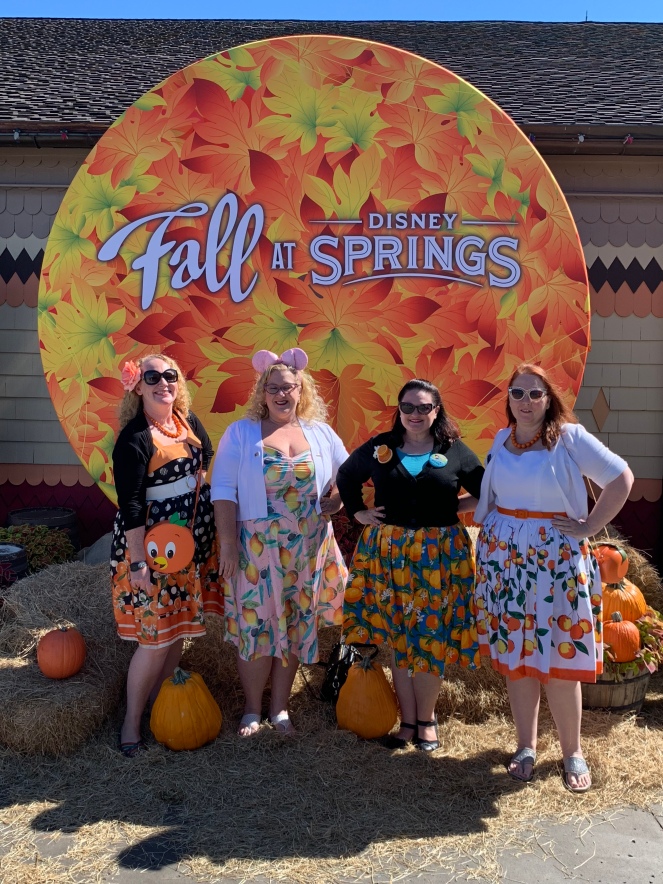 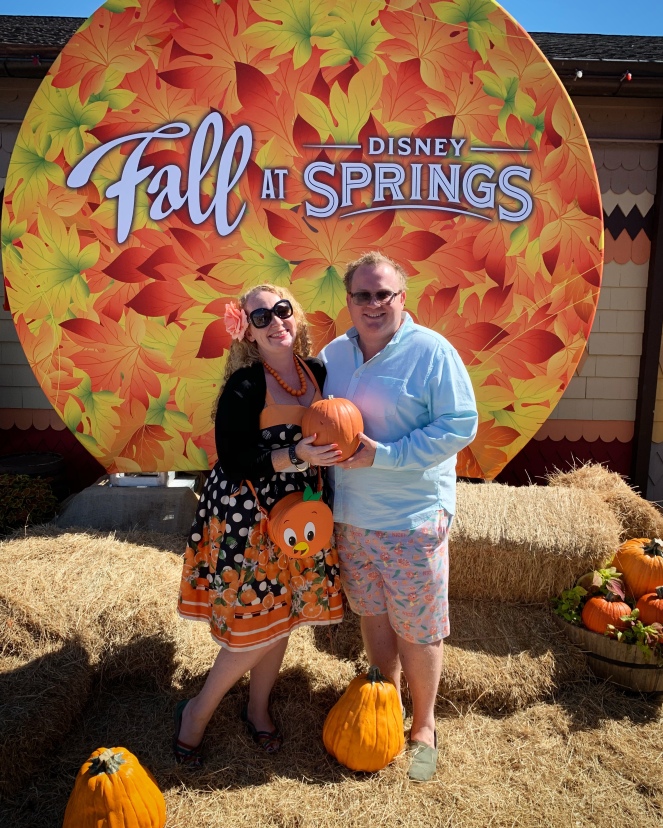 The girls wanted to take a quick trip to the Disney outlet and Simon needed to change his shirt (after his spilled breakfast egg yolk all down it 🙄), so we split up for a little while. Simon stopped right outside the GF and I sat in the car while he went in to change, I basically slept the whole time he was inside and then slept all the way to Hollywood studios 😆🙈

We went in and managed to catch the Citizens of Hollywood doing their skit with all the 99 jokes. By the time that was over the girls were arriving too.

We popped over to meet a family we’ve been following on Instagram ages, they were just outside one mans dream. It was sooooo lovely to meet them after following them for so long. I love their posts and Instagram stories – and they love the trolley too so yay! They moved to Florida 6 months ago so I watch their Instagram stories and videos every week. 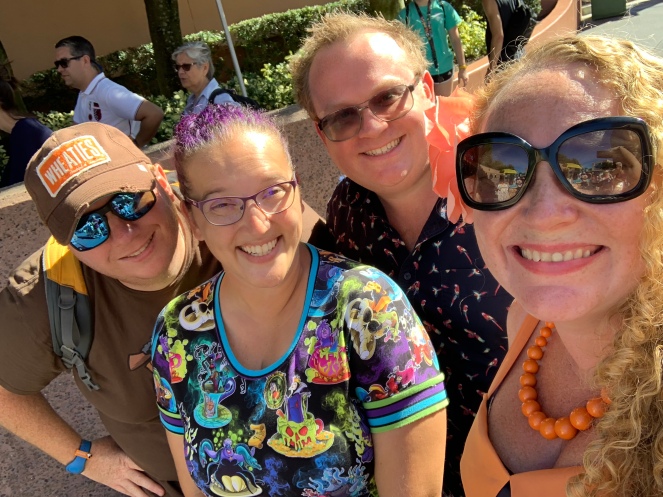 The girls met up with us there and we headed over to Toy Story Land to ride Slinky, and also watch the Green Army Men do a little boot camp. Personal highlight was Simon getting ‘asked’ to join in with the cadet training… payback my friend! 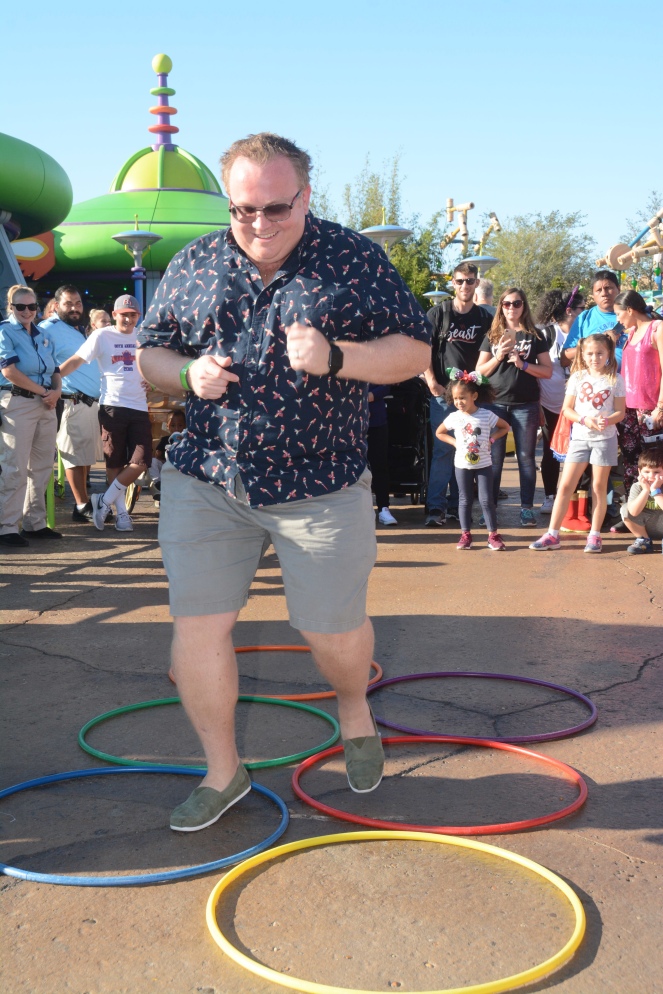 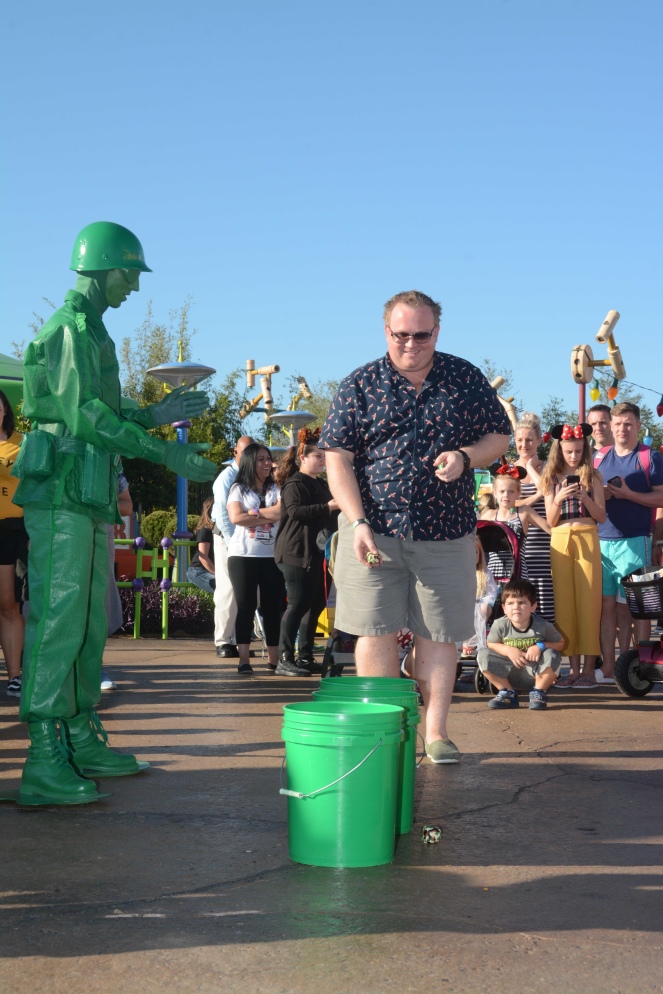 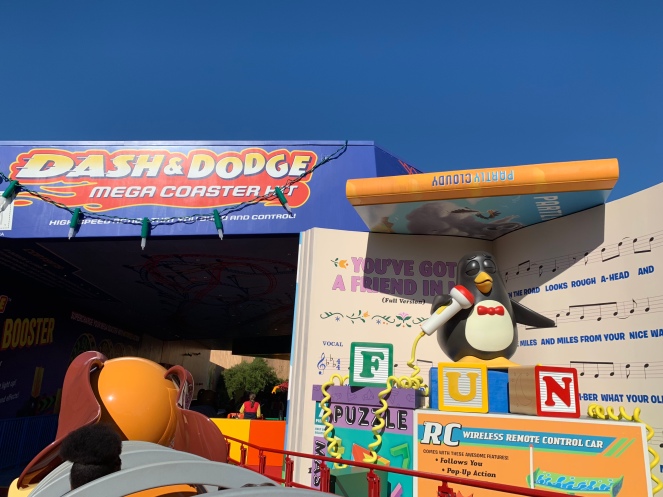 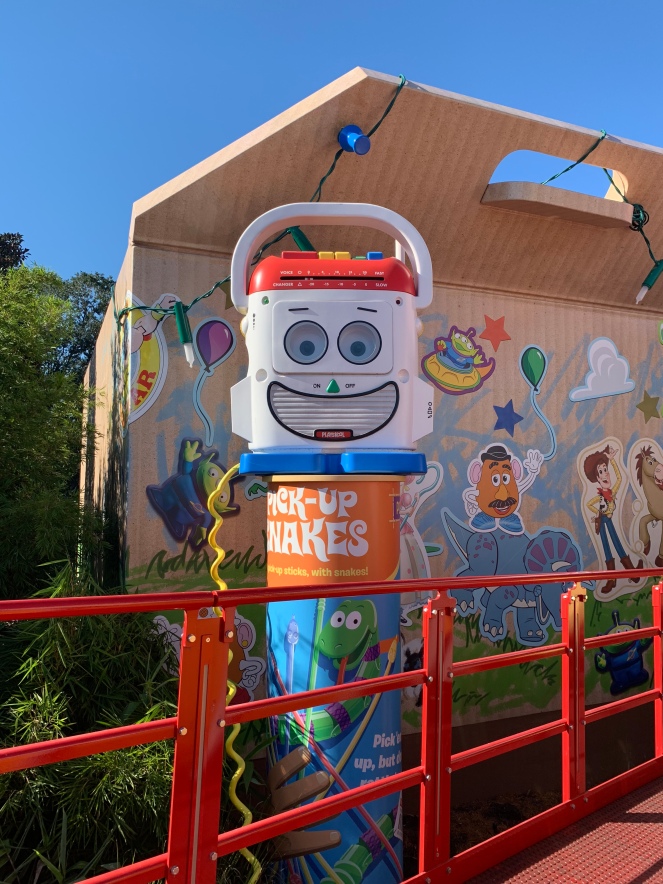 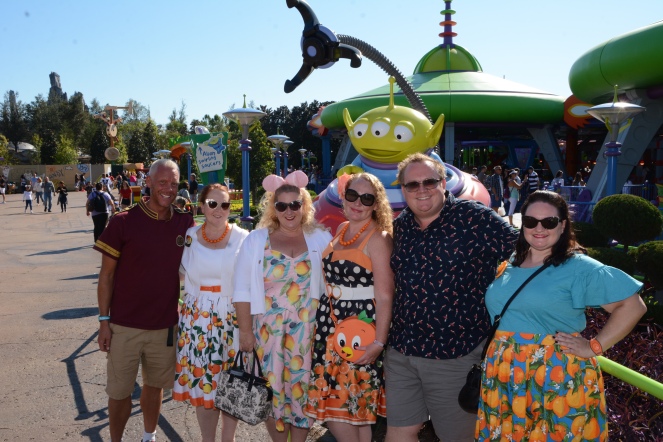 We left right after. Back at the hotel we should have started packing. But instead we sat with our feet up watching tv. I did do a load of washing though, not completely time wasting 😉.

Finally ready at 6:30pm we headed over to Wilderness lodge to meet Andrea, a friend we met when she worked at Animal Kingdom Lodge and have been good friends since. We are seriously sad that she’s about to leave Florida and Disney 😭

Parked up and a quick stop in the resort shop to try and find a top for a friend back home. They didn’t have it sadly but found out it was in the Contemporary shop so made a plan to head there later.

We were eating in Geyser Point today, it’s a great little bar/eatery out by the water. This is the second time we’ve been here, both times it’s been chilly and it’s open air. Today I was smarter than the last time and I took a shrug I could drape over me like a blanket 😜 The food here is really good, I went for the Chicken Burger with waffle fries, Simon and Andrea had the Bison Burger. Worth noting that there’s no discounts here (AP, TiW, DVC), but Andrea could use her cast discount so that was good!

We tried to visit the counter service inside as Andrea got a maple bacon donut before but turns out they don’t do them anymore. She was very sad 😢

We decided as we had time we would go watch Hallowishes from Top of the World lounge – I mean we’ve hardly been there all trip! We stopped by the Contemporary shop on the way over to get the top. Fireworks were great, Andrea hasn’t been to the Halloween party so it was nice for her to see them! No Ryan working tonight as he’s off Sundays and Mondays 😔 so we just sat outside – there were no tables inside anyway. 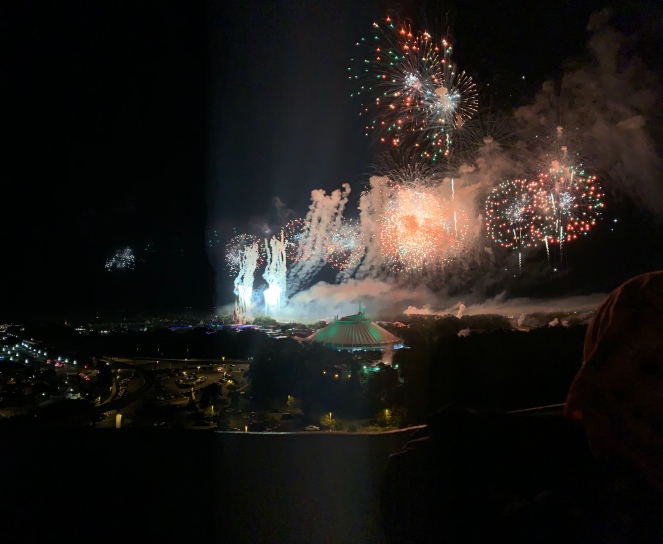 We stopped by Contempo Cafe after as Andrea was feeling sad about no donut and wanted a cupcake. She went for a cinnamon apple one which looked amazing but tasted disgusting. I got an ice cream to share with Simon 😍 (I mean I got it for me, turned out I got it for me and Simon to share 😂).

By the time it got to 11pm I had to call it, we’d still not done any packing! It was so sad saying goodbye but I thought I was going to see her again in February… 😢

Back at the room we were packing till gone 1am. 😴😴 absolutely hate this part of the trip 😔😭 it was about then that I regretted sitting on my butt earlier instead of getting a head start on it 🤦🏼‍♀️ ah well! We can sleep in tomorrow… 😆 yeah right!