Woke up before my alarm at 7am and lazed in bed till it went off, I’d sent Simon to sleep on the sofa bed at about 2am cause of his snoring – could hear him through the wall still going 🙈 lord help me on the cruise. Maybe I’ll stick him out on the balcony?

Anyone who knows me will know I was a happy lady this morning as the TLC channel was showing the Royal wedding 😍😍 so we had that on while getting ready. Breakfast was in the room this morning. Everyone had strict instructions that we weren’t to leave any later than 9:30, I wasn’t missing that Trolley show 😆 Simon went ahead down to front desk as they had asked him to stop by after our disaster meal. He was aaaages chatting with them, we were definitely not leaving at 9:30 😩 the guys were so nice though, we were going to miss our first fast pass so they changed it to an anytime fast pass. They also were trying so hard to find a way that we could catch illuminations, offering to get us a taxi from animal kingdom (where we would be for rivers of…. light) but we have the car and I really think the 8pm rivers of light and then 9pm illuminations was pushing it. They gave us a room credit for our dinner tonight which was more than generous, and we were super happy with their resolution to the matter. I know I said it before but I’ll say it again, Disney sure know how to make things right when things have gone wrong!

We ran to the car and loaded everyone in, dad had driven it to the lobby. Loaded up, we headed as fast as our Dodge Caravan could take us to the Magic Kingdom.

We valet parked at the Grand Floridian and took the monorail option as this would be the quickest means to be there before our 10.40am target.

We made it with about 10 minutes to spare so few of us went into Starbucks for a caffeine fix. I went to get a good spot on the street for the trolley 😁 anyone would think I had a trolley addiction… In case you hadn’t quite gathered yet, we love the trolley! Our friends Chrissy, Jerrad and Tori were dancing on it today so I was extra excited! 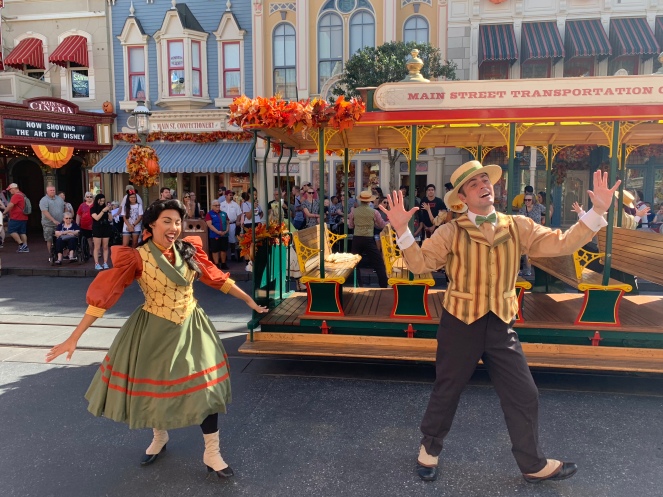 Of course we took a few pictures after 😍

Move it shake it was just starting to se went to grab a pic of Minnie Mouse – and the lovely Ellona was dancing with her! Yay!

We had our anytime use passes for Buzz so that’s where we went next. Simon got Galactic Hero about half way through 🙄 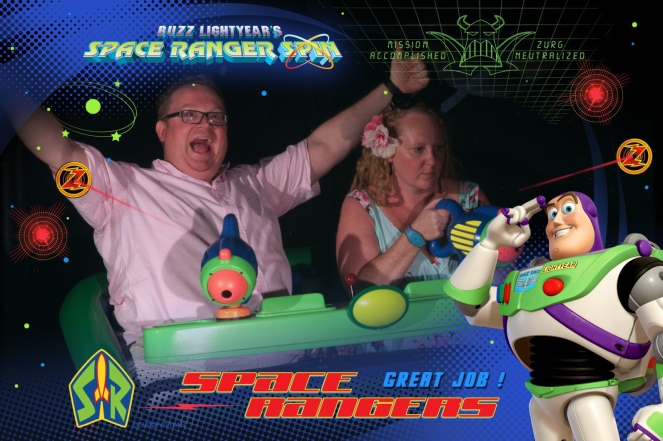 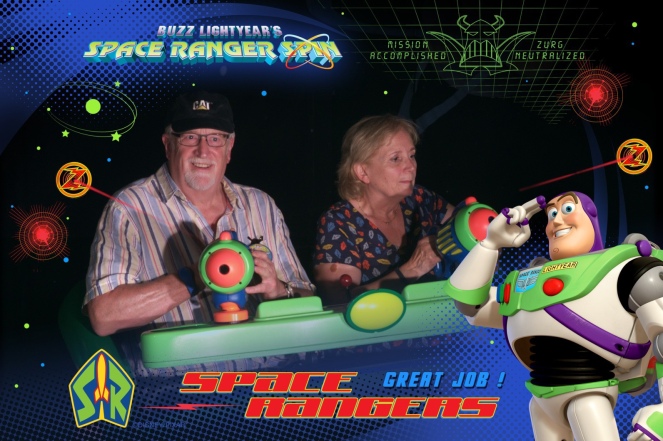 We decided on Peoplemover next – how have we been here almost a week and I’ve not been on it yet?! Not sure how that happened!

We had a Dwarves fastpass next so went off towards Fantasyland. Anne, Bill and Sian decided not to ride so we split up, only just as we got to the fast pass line the ride closed #Bummer

We dithered about a bit, it jwas kinda lunchtime but no one was all that hungry. But because of the things we have to do soon after we didn’t have time to get lunch any later. We still couldn’t decide and it was mighty hot so we ended up going in to watch Mickeys philharmagic and to have a think in there. I mean I do I always say that I do my best thinking with my eyes closed – no of course I didn’t have a quick nap. We did have to jog my dad awake though when it came time to leave hahaha. Enjoy that dad?

We still didn’t know what to do about food so decided on going to get pretzels and drinks to share and grab a spot for the parade which was at 2. Our dads went off to pirates as they wanted accessories for their pirate outfits for on the cruise 😆and the shop at the exit of pirates was full of goodies apparently 🙈

We stopped at a cart around the hub to grab the pretzels and drinks.

Dads joined us outside the fire station in the disabled area. We had already finished 2 of the pretzels but we did just about manage to save them one – it was hard I’m not gonna lie, we nearly didn’t make it. Everything tastes better when it’s mickey shaped!

When I went to dispose of the trash a familiar face appeared beside me, it was only my friend Laura! We’ve been friends online for so many years but never met, for the last 3 days we’d been stalking each other around the parks but kept missing each other. Today finally the stars aligned and we met up!! Laura was with her hubby Gavin who will now always be Kevin to me as everyone they have met this trip keeps calling him that – they can’t seem to understand the accent. We sat chatting all the way up to the parade starting. It was so awesome to finally meet in person, now when we chat online I’ll hear Laura’s voice in my head not my own ha. 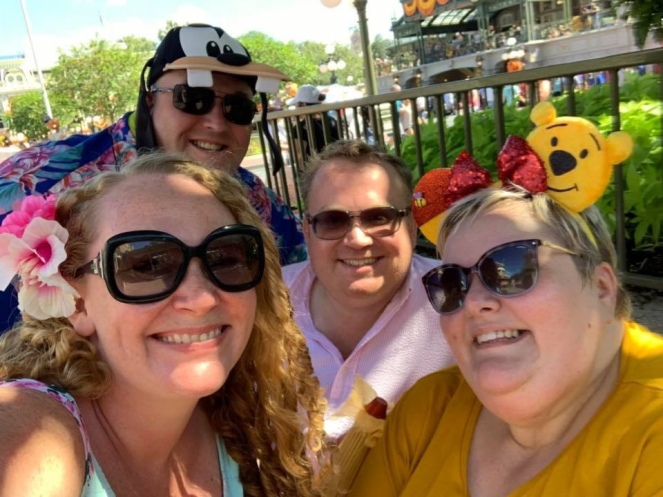 The cutest moment happened while we were waiting for the parade. There was an elderly couple watching the parade, the lady was in an electric wheelchair and the man was sat on the bench at the back for a little bit but he went to stand with her so she wasn’t on her own. He was clearly struggling a little bit so the loveliest cast member (called Joanne, I took note) went and grabbed him one of the spare wheelchairs to sit in. A little while later a disabled lady came in on her own to the area and being such a gentleman he offered it to her and he stood up again. Well Joanne saw this and went to get the other spare wheelchair for him. It’s cast members like her who are the reason I love Disney so much!!

It was then parade time 😍 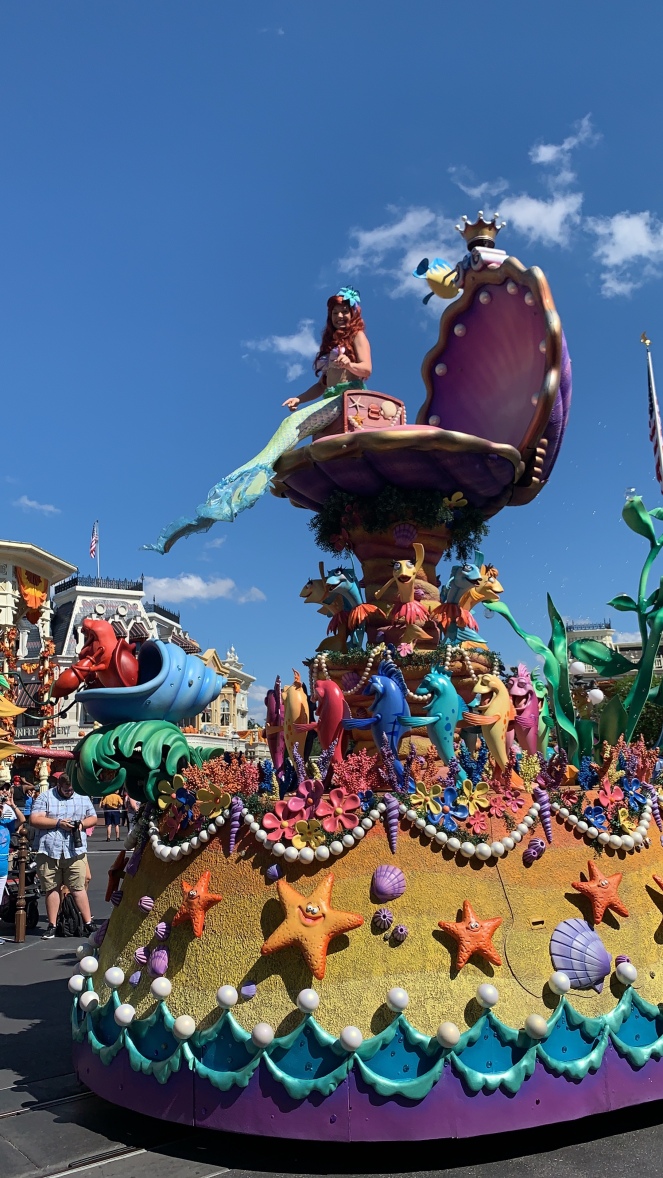 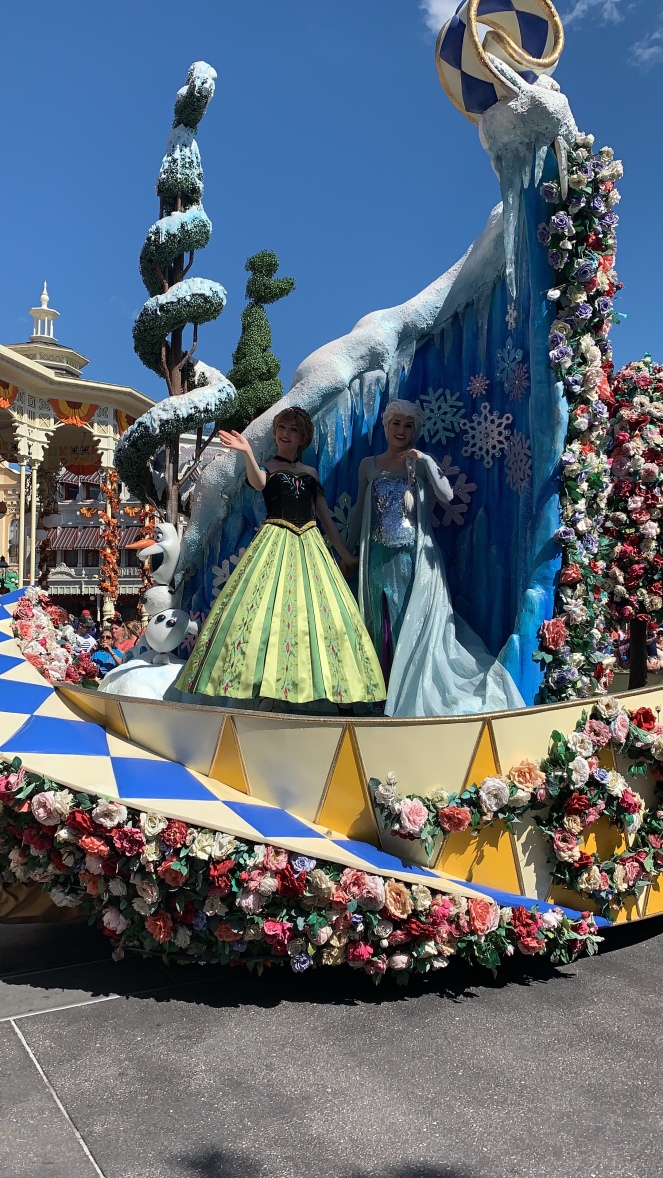 After the parade we said our goodbyes to Laura and Gavin (Kevin) and while they braved deeper into magic kingdom we were off to Alamo to pick up our second hire car (turns out our people carrier was never going to get all of us and our luggage to the port tomorrow!). Mum and dad hopped on the monorail while we went on the little boat as Cliff was desperate to go on the boat (the little boats can’t take wheelchairs or scooters), we met up back at the Grand Floridan lobby.

Quickly sorted the car at Alamo – dad is driving this one. It’s a red jeep (mid size SUV) and we were off again. My parents wanted to do a bit of shopping so they headed to Cracker Barrel and Walmart (needed more water) while we went straight to Animal kingdom.

First up we went straight to Pandora as this was Anne and Cliff’s first time seeing the new area. We got a return time for Navi river and then went to use our fastpass on the safari. I dunno what was going on but let’s just say there were a lot of ‘happy’ animals around. I managed to snap a pic of what I thought at first were 2 cute giraffes… just as the one behind mounted the other 😱 then around the next turn the monkey wasn’t waiting for anyone else to have some fun… if you know what I mean 😜😮 🍌🍆 I’m not 100% sure how much of this Simon saw as when I looked over he was fast asleep with his head hanging over the side of the safari bus almost 😆 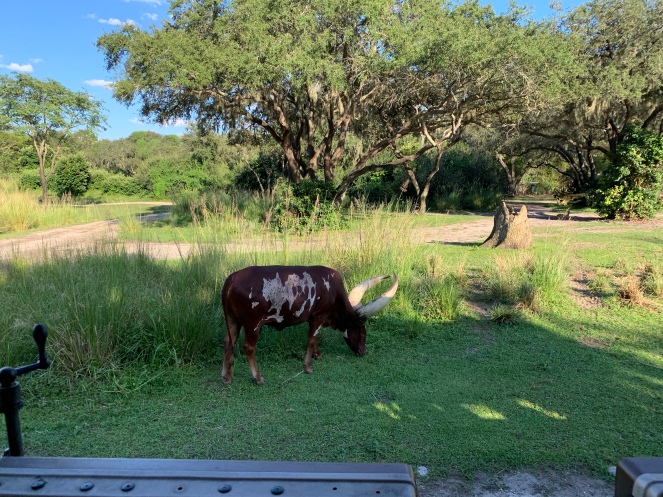 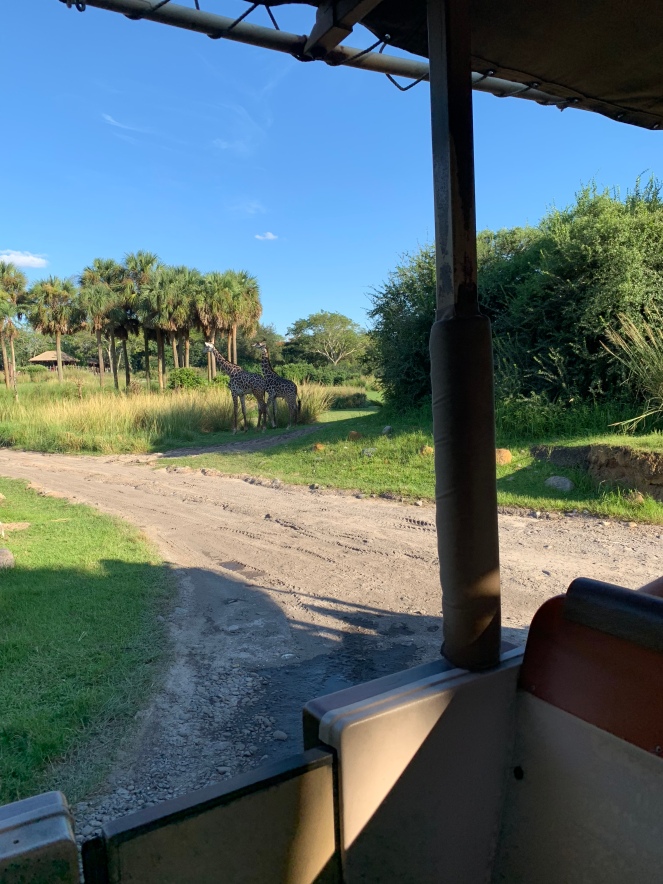 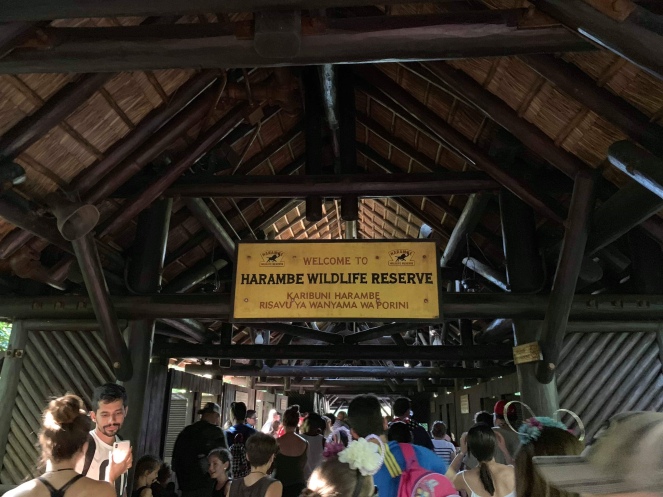 We were starting to get hungry then so we settled on Nomad lounge. We grabbed a table outside and ordered some light bites to share. 2 chicken satay, poutine and sliders. It was all lush! We had a great server too, can’t remember his name though 😢 I honestly think Nomad lounge is a huge hidden gem in Animal Kingdom.

After it was time for Navi river. Anne and Cliff both loved it. I really like it too, I know it gets mixed reviews but I find it rally serene and peaceful.

We hung around Pandora for 20 minutes or so as it was going dark, wanted Anne and Cliff to see it after dark. They thought it was wonderful! We then legged it over to Rivers of….Light. I really wish I liked this more. It’s very pretty but I don’t really get it. I adored the jungle book temporary show they did while they were fixing the bugs for ROL.

Getting out of the park and the car park was a mission in itself! It was crazy! Least we didn’t have to go far to our hotel.

Back in the room we did a little packing, washing and sorting but I was so knackered I called it quits about 11pm and went to bed. Just as I was going to bed Anne came running in with a bag, there had been a gift left on their bed from the front desk to apologise for the horrible experience at Coral Reef. It was a photo album and a CD of the Illuminations music and a little note from the front desk. This is why I love Disney! What a beautiful gesture!! We let our parents choose one of the gifts each.

Tomorrow we check out of AKL booooo! But we head to the Disney Fantasy Wooooo!