Woke up at 7am, still feeling pants 😩😩 and now my parents are both feeling iffy 🤦🏼‍♀️ we like to share the germs around…

The plan said we would go to keke’s for breakfast and with me dosed up on tablets we went. Simon decided to go to the one at hunters creek, and considering it was 10:15am we had less than 5 minutes to wait – which is a huge achievement at keke’s! If you’ve never been, we really love it. It’s without a doubt our favourite place for breakfast over here.

I got my usual – waffle with cream, with breakfast potatoes topped with cheddar and bacon. It was soooooo lush! This poorly nonsense meant I could hardly manage half but luckily Simon was able to help me out 😜 Simon went for eggs benedict. 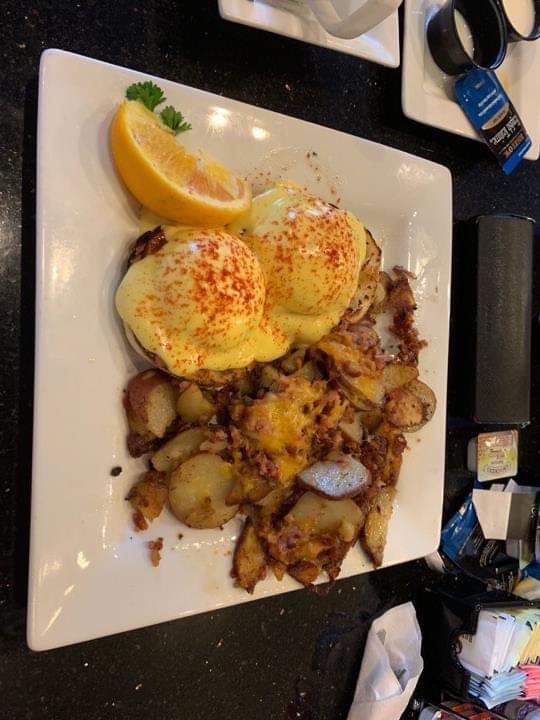 Full tummies we were back in the car on the way to Epcot! My goodness it was hot today, more humid than anything else. We had a fast pass for living with the land so we headed straight there, we went to grab a return time for Soarin’ first so by the time we had ridden LWTL we could ride Soarin’ right after #forwardplanning 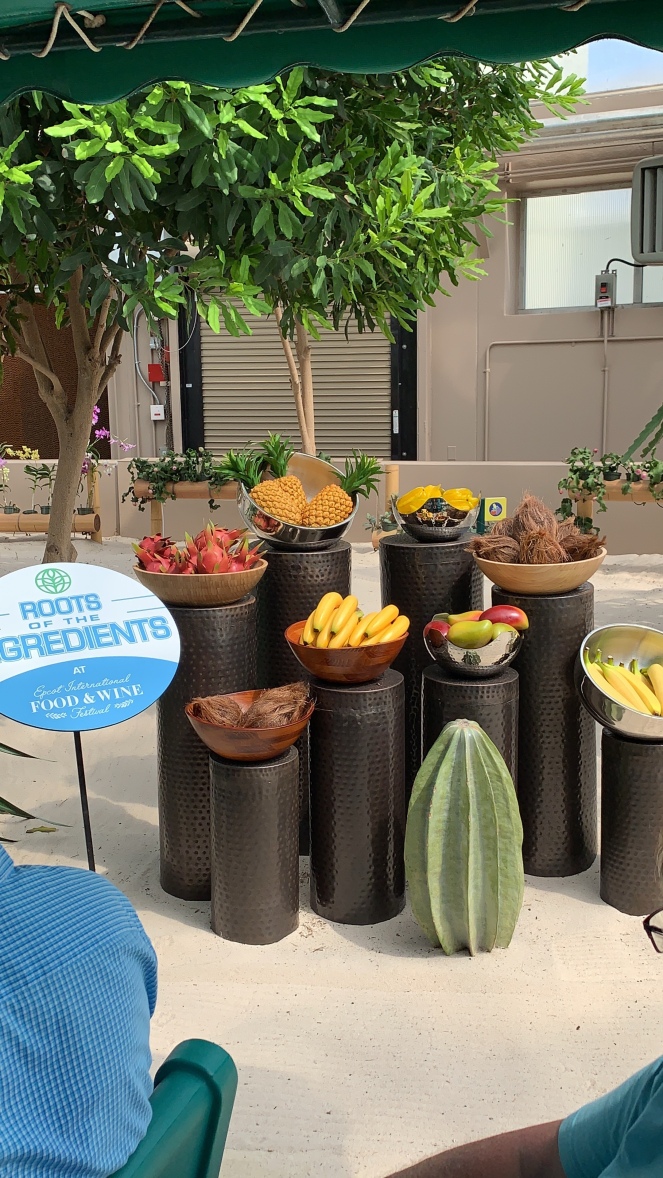 We love a good ride on living with the land, I dunno what it is about it but I never tire of it. Love seeing all the things growing. Keep saying we need to take Anne on the behind the seeds tour but never can find the time… maybe next time 😉

It was Anne and Cliff’s first time on the new Soarin’ and they loved it – I love it too, I just miss the old one 😔

We stopped for a drink in the DVC lounge (love this perk!) and while we were inside a big black cloud came over and the heavens opened. We decided to stay there a little longer in the dry till it passed #winningatlife

Next up we went for a journey around the world. And this was when we realised just how hot it was! We were leaping from one aircon to another. That rain sure left it humid!

We did a lot of mooching around shops till we reached America where we watched 2 sets from the Voices of Liberty.

It was then time for Frozen so we made our way to Norway, stopping in Germany for a beer flight (pomegranate was nice), at India for a chicken korma (yummy but quite spicy) and China for a duck bao (didn’t try that one). 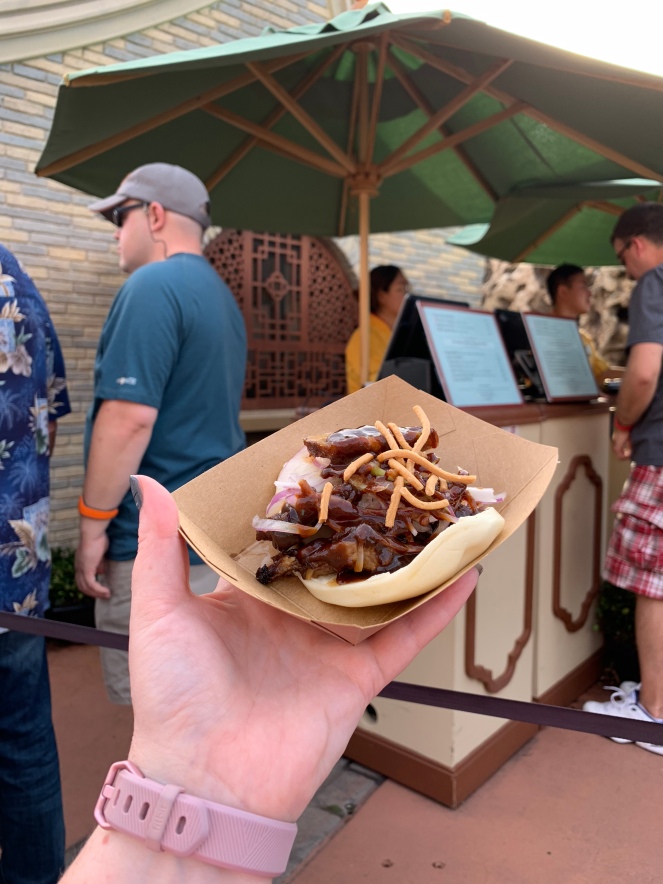 Frozen is a really good ride, I’m always surprised when people say they preferred the old ride – I think it’s a huge improvement. Anne enjoyed it – despite what it looks like here.

We were a little early for our fast pass at test track, so we mooched about mousegears doing a bit of shopping. Anne got some Halloween ears and Sian got a new dory for her car arial. Then it was test track time! Wooo! Love that ride. Our car beat our parents naturally – we’ve got more practice in making one after all 😜 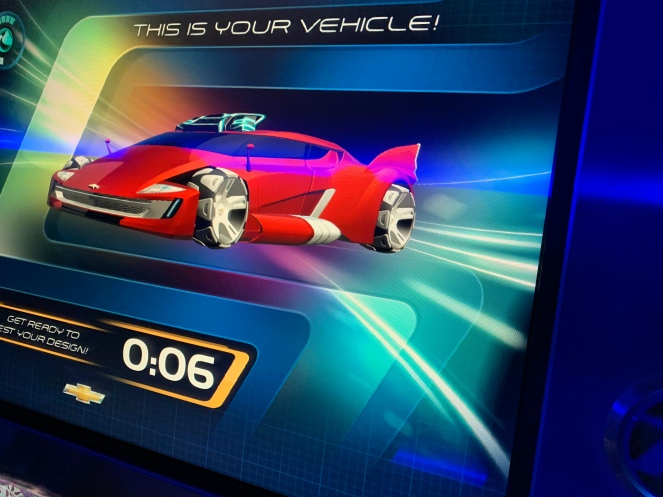 It was then our evening took a bit of a downturn sadly. We had a reservation at coral reef at 7:30, we checked in at 7:15 and I asked at check-in if they thought we would have to wait longer than our reservation time as my mum is insulin-dependent diabetic (and it was very busy), now I appreciate that they cannot give a definitive answer however she said no she couldn’t see us being kept waiting past our reservation time. At 7:45 Simon went to ask how much longer, he was told 10 minutes. At 8pm we were taken in. Our server couldn’t have been less interested in us if he tried, he took our order and it was 8:45 before it arrived (we just ordered mains), To add insult the table beside us was cleared, relaid, seated and served their meals before us. Anne’s meal contained potatoes that were completely raw but our server didn’t come back or come anywhere near us until we had all finished so we couldn’t tell him, he then basically told Anne off for not raising it ‘till she had finished’ (she hadn’t finished as she couldn’t eat it). He proceeded to clear the tables and instead of saying excuse me he actually pushed my mum’s shoulder to the side to get to her plate 😱😧 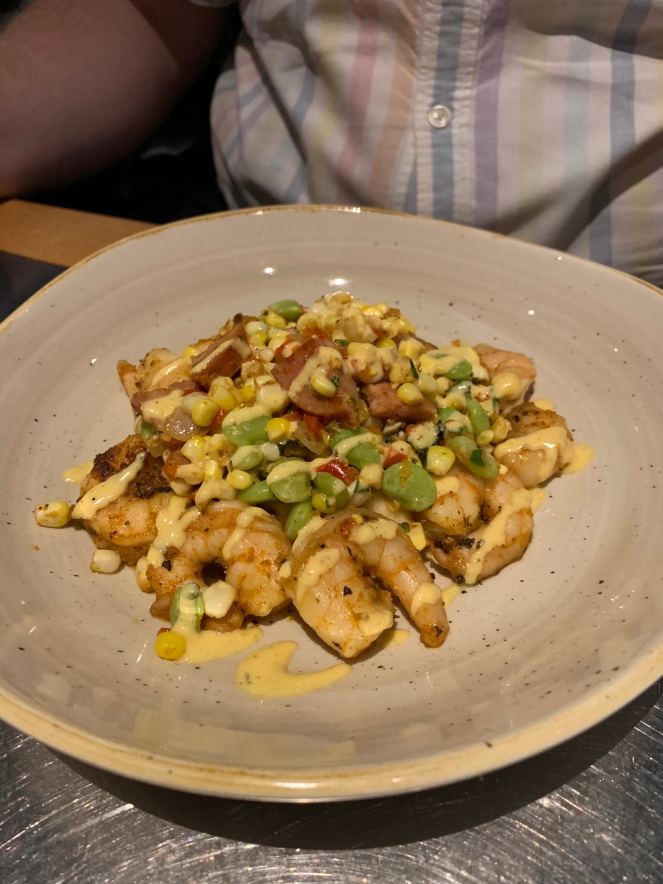 The manager came over and expressed that she was sad to hear that Anne’s meal wasn’t good until she finished it 😤 I made it clear we would have loved to let someone know but our waiter was no where to be seen, he didn’t do a check back mid meal.

Eventually, 2 hours after arriving, we left the restaurant. $150 lighter and very disappointed. Oh and we missed illuminations.

We drove back to the hotel and after dropping everyone off at the lobby Simon parked the car, he stopped by the front desk on the way to raise the issue we’d had where they credited our room with $50 and said they would see if they were able to do anything else, and would let us know. That’s one thing I’ll say about Disney, if something goes wrong they sure do their best to make it right again.

Back in the room we had a few drinks, did some washing and watched some tv. In bed by 11:30.

I don’t want to leave you on a downer after our awful meal, we’ve eaten there before and loved it. And we still had the best day! A crap meal won’t ruin our Disney experience 😉