I was dreaming about choosing something at the bakery in Sainsbury’s (other supermarkets are available) when there was this awful loud noise, took me a moment to realise it was the phone in the room. I leapt out of bed and answered it before I knew where I was or what day it was. Dad in the room next door was worried we were going to oversleep. It was 7:20 and we were meeting at the terminal at 8 😑 My alarm wasn’t even till 7:30! I knew they were up at 5:30 cause I could hear them chatting – how thin are the walls?! And they could hear Simon snoring (that’s not that impressive though as my sister in Camberley messaged to say she could hear it there too). So anyway they were up, dressed and ready to go. We took toll about 7:50 when there was a little knock on the door to say they were going down to reception. 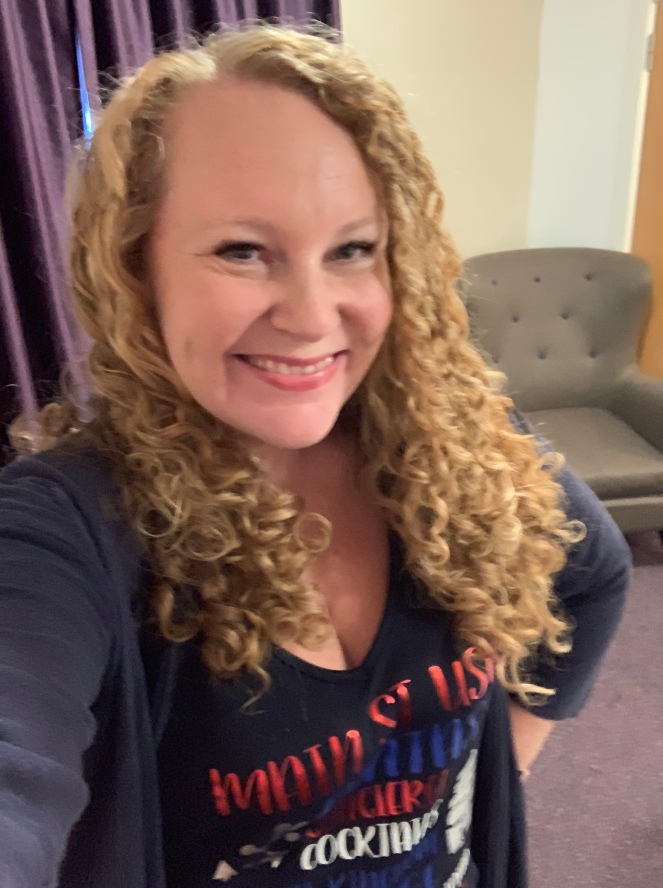 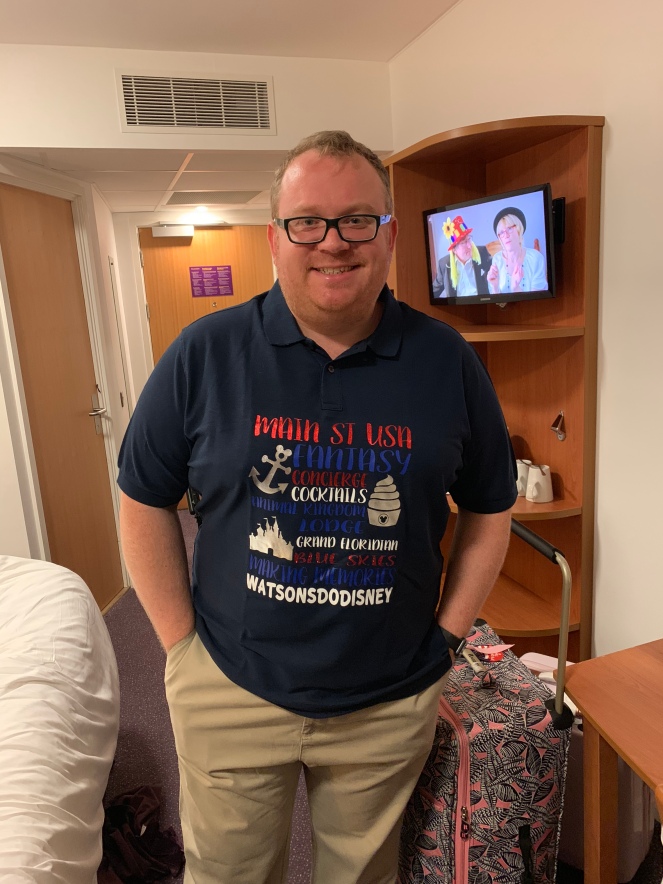 The beauty of the premier inn north terminal is that the name really is spot on, it’s right there at the drop off point at the north terminal. You can’t get much closer really. The rooms in the hotel are really massive and were very clean. I’m not sure I’ve a whole lot more to say about it. It’s not too expensive usually, great location, beds are fine, rooms clean. It’s not a posh hotel but you know what you’re getting with a premier inn.

We walked across the road and made our way to check in. Anne and Cliff were with us a few minutes later. All checked in we made our way to security. We had premium security as we are flying premium so no queue whatsoever and we were through within minutes. Anne and Cliff has booked us into the Aspire lounge so we made our way there for some breakfast and light refreshments (gin and tonic – well it’s 5 o’clock somewhere!). I went for what turned out to be a very disappointing trip around the shops, I didn’t buy a single thing. Simon got some more cough syrup and sweets so I didn’t murder him on the flight (jury is still out whether that could happen). Back in the lounge before heading to our gate which had been delayed by 20 minutes. We ended up taking off almost an hour later than planned but I’m sure we will make it up in the air. 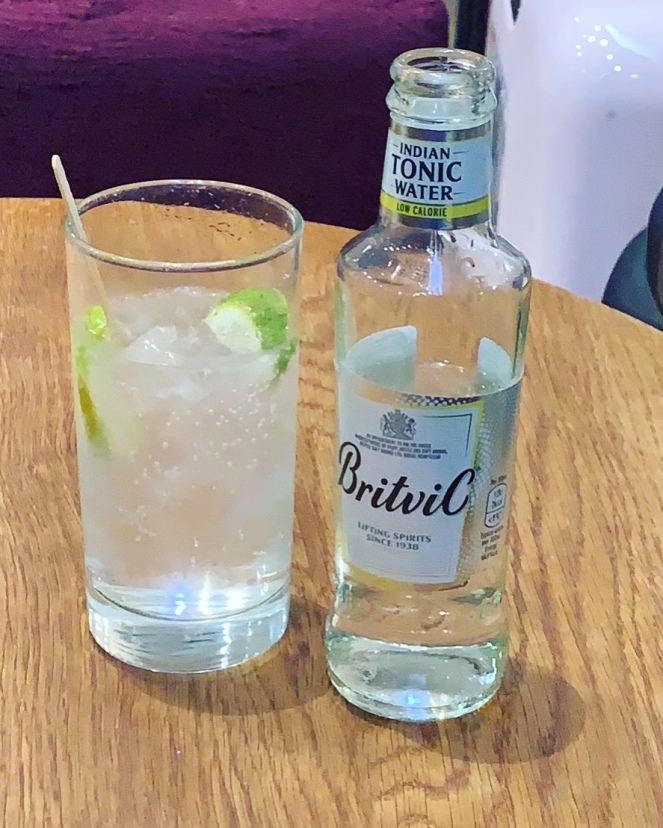 A lovely stewardess called Kath came over when we got on and gave us some champagne from Upper, and said our friend Faye said hello! She’s cabin crew for virgin but still haven’t managed to get on one of her flights yet 😭

The flight was a little bumpy, had the seatbelt signs on a few times. But it went smoothly, watched Jurassic world, infinity war, life of the party and Incredibles 2 though honestly I slept through most of that one.

Food was ok, I had the chicken curry from economy as there wasn’t anything I could eat on the premium menu. Also asked for a little Gu pot instead of the rank cake you get in premium (in my defence, it was Becky’s idea). Then we got a twister, fave part of the flight haha it was the first thing I said when I woke up from my nap ‘did I miss the twisters?!’ #priorities right? 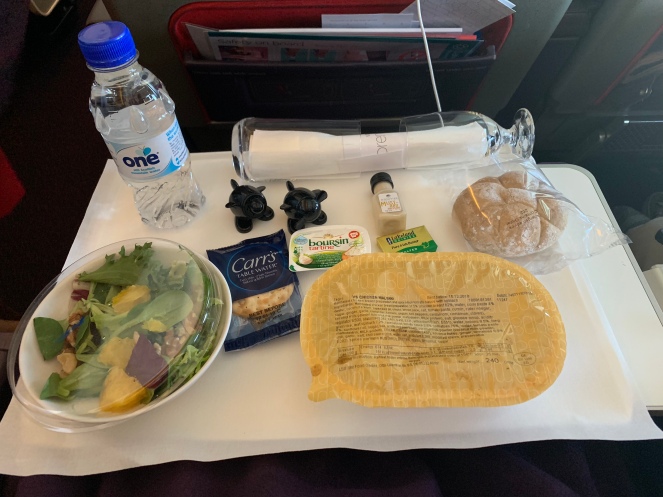 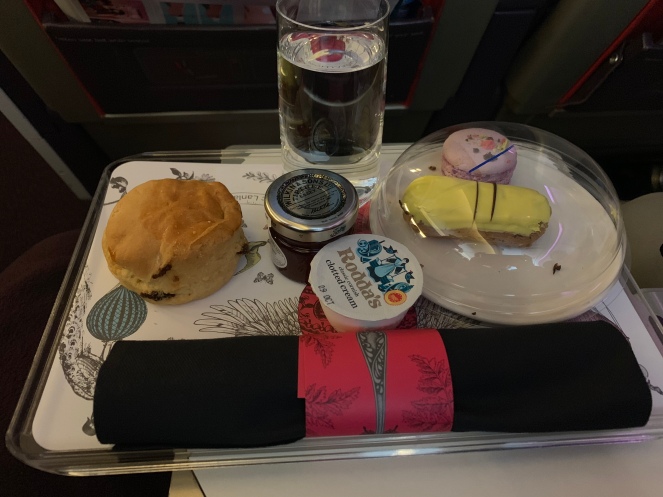 I bought the £2.99 WiFi but it’s a bit useless, haven’t been able to do much as Facebook constantly times out. Passed the time a little when i could get on, I’d probably not bother next time. Simon didn’t get it as he remembered how slow it is.

Before we knew it we were coming into land, yippee!!

Immigration took about 40 minutes today and our cases were already there, soon we were out at the Alamo car pick up. Sadly our car wasn’t going to be big enough – we knew this going in so we booked me and my mum onto the magical express. The sweetest guy in the garage tried all he could to get us upgraded but as it’s a Saturday they were fully booked. So mum and I leave everyone else packing up the car and head in to find the Magical Express.

First on the bus means we nabbed great seats at the front, it also meant we had to wait ages to fill the bus up. We will get there eventually! 35 minutes later we set off – Simon had already called to say he was at the hotel all checked in.

Super annoyingly we’ve been given a pool view even though we specifically requested not to with the work going on there. C’est la vie I guess. We can’t even move till the 12th (day before we check out) so no point moving. Front desk are seeing if they can sort anything out for us but basically said don’t hold our hopes up. Fingers crossed they can do something but if not it’s not the end of the world. Just disappointing!

Got the bags into the room and then headed to gotha for some Yellow Dog Eats dinner and to see our amazing friends Carrie and Mark. This was somewhere we’ve been meaning to try for ages and it didn’t disappoint! Will definitely be back. I had a kids chicken quesadilla while Sy went for Hong Kong fuey. Both really lush! And the company wasn’t too shabby either.

Back in the car and back at animal kingdom lodge by 10:30. Unpacked and in bed by midnight 😴 Totally shattered! 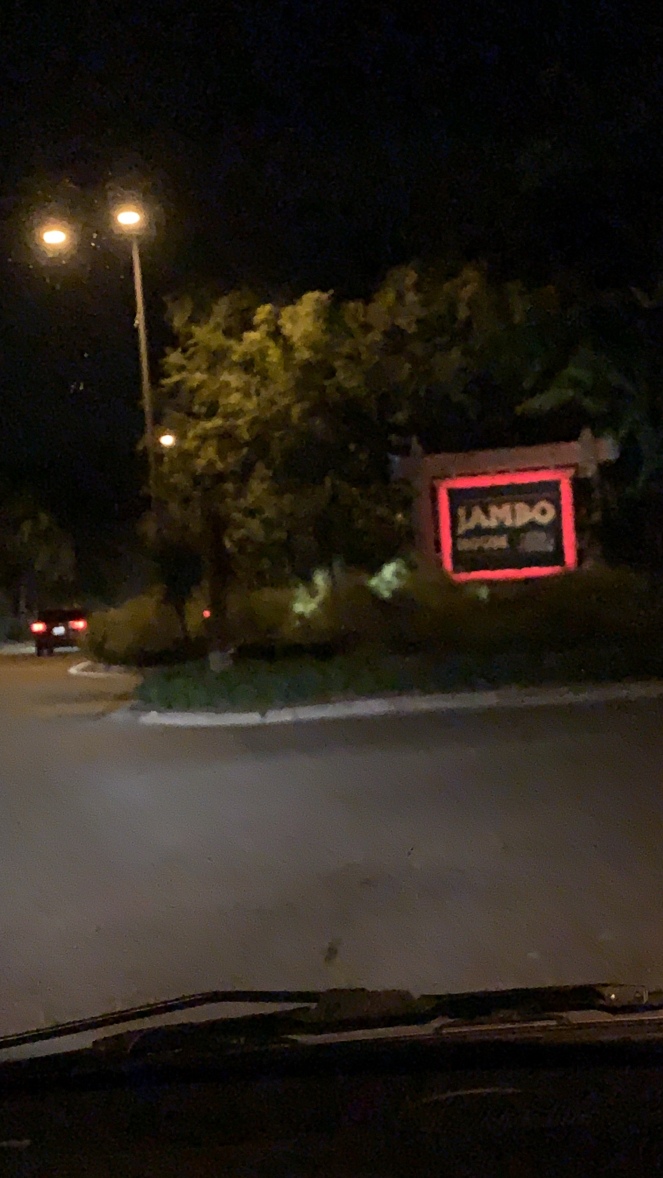