As we reported here back in February and with ‘Incredibles 2’ opening on 15th June, Disney have shared a first look at the new addition of the Edna Mode character heading to Walt Disney World and Disneyland Resort in California. 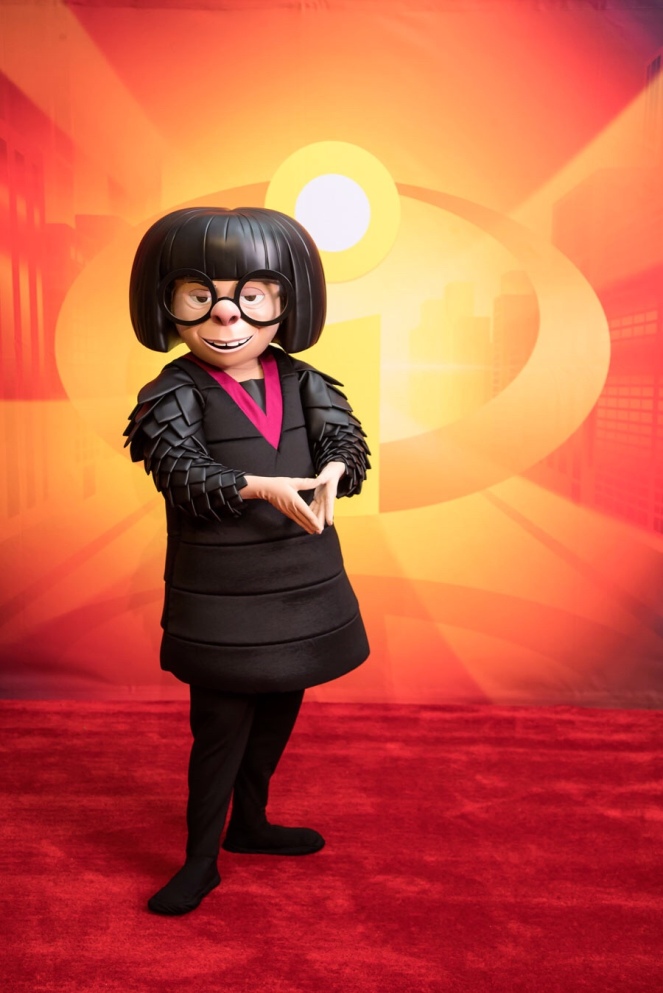 At Walt Disney World Resort, Edna will be appearing at the Magic Kingdom Park starting 25th May, Memorial Day weekend. This will be as part of the Kick off for the “Incredible Summer” celebrations where Guests will visit the Incredible Tomorrowland Expo where Disney Pixar super heroes from ‘The incredibles’ have taken over and are hosting a party. Characters including Mr. Incredible, Elastigirl, Frozone and Edna will mingle with guests in Tomorrowland finishing with a ‘SUPER’ dance party on the Rocket Tower stage.

Edna will also be appearing at Disney’s California Adventure at The Disneyland resort, appearing from the 15th June and greeting guests as part of Pixar Fest, she will be offering her super-hero fashion designing advice right through the grand opening of the reimagined Pixar Pier later this summer.

Some exciting additions in time for summer for all ‘Incredibles’ fans out there!